We all here exactly know how and why FTX collapsed. We all know that SBF stole all of users funds to use them for himself and his other partners. We also know that this actions lead to millions of lives being ruined.

But many people outside of crypto do not really know what kind of a fraud SBF, FTX and Alameda Research were, why? Because the media has been in a full-time job trying to whitewash the actions of SBF and Co.

Here are some of the few examples from high-level media outlets people trust to show them the truth:

I already did an entire post about this 2000-word Washington Post article (here) that is doing nothing else but show SBFs actions in a good light. They especially highlight his extensive lobbying efforts which according to them were for “pandemic prevention“ and obviously not him trying to have political connection to do whatever he wants.

Now here we do not even have to go further and can see that the headline of this Reuters article is already trying to really make a billion-dollar scam to fill his own pockets look like a “favour“.

Forbes is also just talking good about the co-CEO of Alameda Research, Caroline Ellioson fro whom we have already seen enough videos showing how highly mishandling she was. Forbes is portraying her as a “risk-loving“ person and a “math wiz“. For your kind information Forbes, this “risk-loving“ person risked and lost all the funds of millions of people around the world.

It is clear that the media must have been paid by SBF to write such “shill-articles“ about him and his companies. Nowadays you can not even trust the biggest media outlets to tell people the simple truth of a story that made millions of peoples life worse. Thats just a shame… 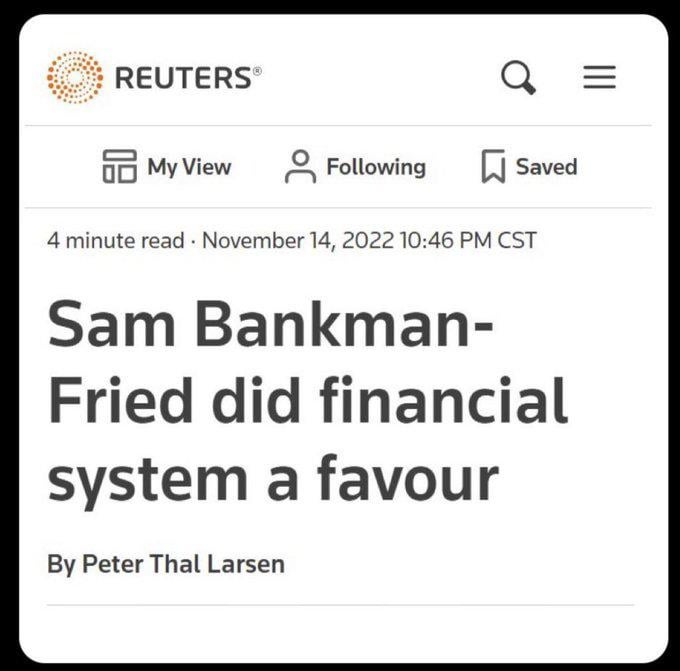 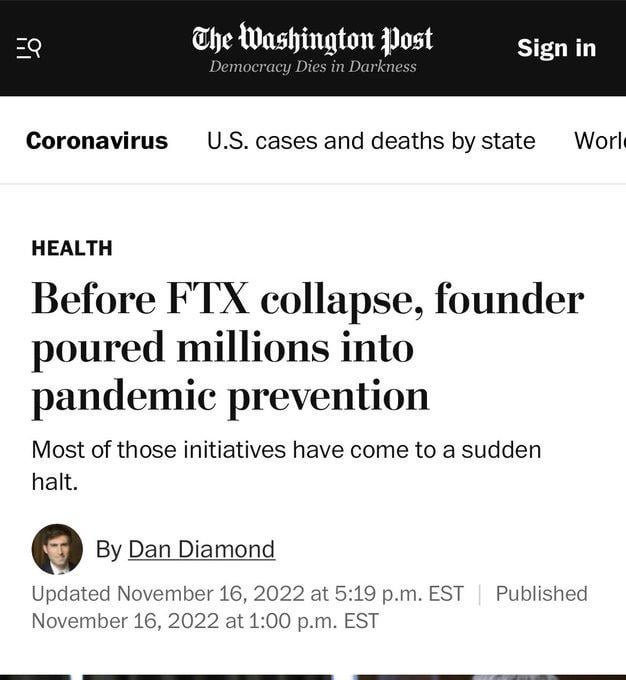 50 thoughts on “The media is constantly whitewashing the actions of SBF because he donated his stolen funds to their political organizations. They should be ashamed!”