AltCoin preferences all depend on how you see the world of crypto evolving. I used to only be into SOL (bought at $8, held at $250, still holding – I'm a long term investor; despite their recent growing pains, there's still massive adoption and I fully believe will get back with upcoming updates) but have branched out to diversify holdings with how I see the future being built in web3. What are some of your other AltCoins and what's their elevator pitch?

My others are XRP, Polkadot, and WeGro.

XRP
[https://coinmarketcap.com/currencies/xrp/]
There's no doubt in my mind a favorable decision is coming. Despite being in litigation with the SEC, it continues to trade heavily in outside exchanges and holds a steady T10 market cap. When the decision comes, I see an absolute explosion despite the current state of the market.

Polkadot [https://coinmarketcap.com/currencies/polkadot-new/]
DOT connects and secures specialized blockchains to facilitate cross-chain transfer of any data or asset type. This allows blockchains to be interoperable with one another to provide a foundation for web3.

WeGro
[https://coinmarketcap.com/currencies/wegro-coin/]
WeGro is only 7 months old and setting itself up for BIG things. It's all about decentralized participation im the CAM industry (complimentary alternative medicine). But my biggest takeaway with them is their ability to create an ecosystem of privitizing your data to sell yourself to marketing companies. Instead of big companies selling your data, you take the power back and decide what to do with it. It's some eye-opening stuff at a ground level. Their 10 min video (https://youtu.be/I9AsmCUVBok) will widen your eyes at the future of data in web3.

[Disclaimer – I'm a social moderator for WeGro as an independent contractor but this IS NOT an advertisement. I actually believe like hell in this AltCoin and am far off from being a MoonBoi]

Meqa Network – What Could Web3.0 Bring to the Table? 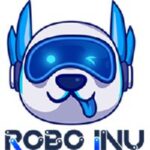 {Analysis angle} – The project to create earthquakes in 2022 [$RBIF – RoboInu] 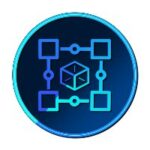 don’t forget to breathing in 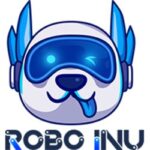 RBIF is 1000 holders away from airdrop. Plus, robo wallet releasing soon!!!

6 thoughts on “What’s In Your Bag”