What do you think will make you stay in a Web3 game? Is it the ROI, the excitement, or the thrill the game can give you? We all know that though Axie is still running, a lot of gamers have already left because of its gameplay and profitability.

But I think that's a good thing since most of the developers are now focused on creating a game that you can enjoy while playing with your colleagues without thinking about what ROI it can bring you.

There's Illuvium, Star Atlas, Decentraland, The Sandbox and there's another one that piqued my interest, the Mixmob. A remix world and a new card battle racing game from a team that worked on HALO, FIFA, Battlefield, PokerStars, and more, you can say that it is a dream team. By the way, they recently won 1st and 2nd place at the Lisbon Bear Market Rally. They've got Masks NFTs you can get from Magic Eden, which you can use to play in their Racer 1. The team is also planning to be independent from blockchain in the future, allowing us to fully enjoy the game itself.

There's a lot more to expect from now on from these Web3 games. You better be ready for the upcoming wave they will make. How about you? Which Web3 games do you think will soar? 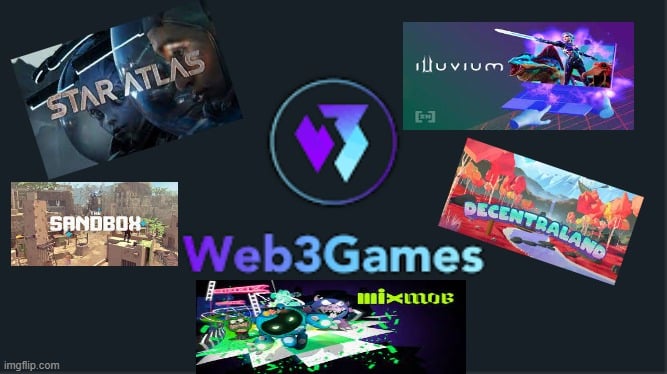 What’s the difference between owning UNI and stock in a company?

1 thought on “What are your thoughts when it comes to web3 games?”