Never let anyone tell you that your decisions aren't important.

It is obvious that we are officially in a bear market; some paper hands will sell everything and continue to buy the ATH when the pump begins, whereas diamond hands will hold, DCA and take profit when the bull run begins.

How are you dealing with the bear market, what are you buying, and how do you know it won't crash along with it?

To begin, you should never invest more than you can afford to lose; consider the case of Luna.

Similarly to the 2018 market crash, some were able to emerge stronger and become the whales we know today.

In this thread, feel free to discuss the project you're Invested in, potential criticisms, community weaknesses, and accomplishments thus far, as well as why you think it will survive the bear market.

Aside from BTC and ETH, I'm interested in Qanplatform because it's the first quantum resistant layer 1 hybrid blockchain that's compatible with ETH.

I bought in last year when the token was pumping 12x before the terrible bear market, indicating that it has a lot of community.

Building something completely different from what has come before can be extremely difficult, and while there may be some minor advantages, it will undoubtedly emerge as the best and a model for others in the future.

Why am I investing in QANX over other altcoins?

QANplatform enables developers to write code in any language and quickly test their applications.

You can get started quickly with well-known systems such as Docker and Kubernetes, and then deploy quickly.

The Developer Royalty System on QANplatform rewards developers after each transaction on their smart contracts.

It is the first Layer-1 blockchain to make this available to the developer community.

Almost all of today's most popular blockchains can be broken by quantum computers.

One of QANplatform's IPs is based on the Lattice-based post-quantum cryptographic algorithm, which is implemented in the Rust programming language.

This means that the QANplatform can withstand quantum computer attacks.

QANplatform blockchain is both private and public.

This enables developers and businesses to first deploy on a private blockchain and then define which data they want to make public.

It enables flexibility while ensuring data privacy and transparency.

This is more than enough reason to believe that this blockchain will flip most of the top ten in a few years; testnet has already launched and has been audited by IBM platinum partners (VIR).

Please DYOR and feel free to share projects that you believe in. 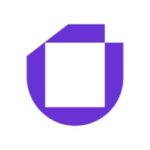 THE EVOLUTION OF PAYMENT 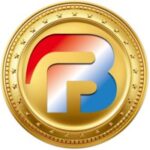 $LGBT Update (4/17/22) — Even through a dump, I made money via reflections and holder count is still growing!! 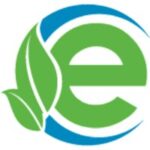 This makes me sound old …

This is the most beautiful whitepaper I have ever seen!

4 thoughts on “What are you buying and why”