On 29 December 2022, Little Shapes NFT, a Twitter user with a love for NFT projects, posted for the first time after many months of inactivity since 24 June 2022.

Little Shapes claimed that he had been in a coma for 5 months and that he woke up 3 weeks prior to posting. Little Shapes also said that he lost a lot of crypto during his coma, thanks to the fall of FTX, and that he was planning to tell his wife the bad news soon. The amount lost was well above $100K.

This story was first posted here in the subreddit, but also covered by various media outlets.

So what has happened since then?

People were rather skeptical of his story. We even had some experts in the comment section that (rightfully) doubted the story, because it seemed too crazy to be true.

Little shapes replied to the criticism and posted what he claims is proof that his coma was real. He said on 29 December and said that he woke up 3 weeks ago and still cannot walk. This lines up with the comment by the Reddit user above – it takes weeks to focus and a long time to recover. He also said that his case was similar to another coma case.

(2) Telling his wife about the FTX funds

On New year’s eve, Little Shapes told his wife about all the money they had lost in FTX.

It didn’t go so well.

Actually, two days ago, Little Shapes wrote an update, claiming that there was some bad news involving his wife and some NFT “friends”.

And the dominant idea is that his wife cheated on him with other people from the industry, a message he retweeted, likely confirming this idea.

(3) A quest for vengeance

In the eyes of Little Shapes, he has lost it all – his health, his money, and his wife. So now he promised to expose how bad the NFT scene truly is. In his words, he is “going nuclear”. 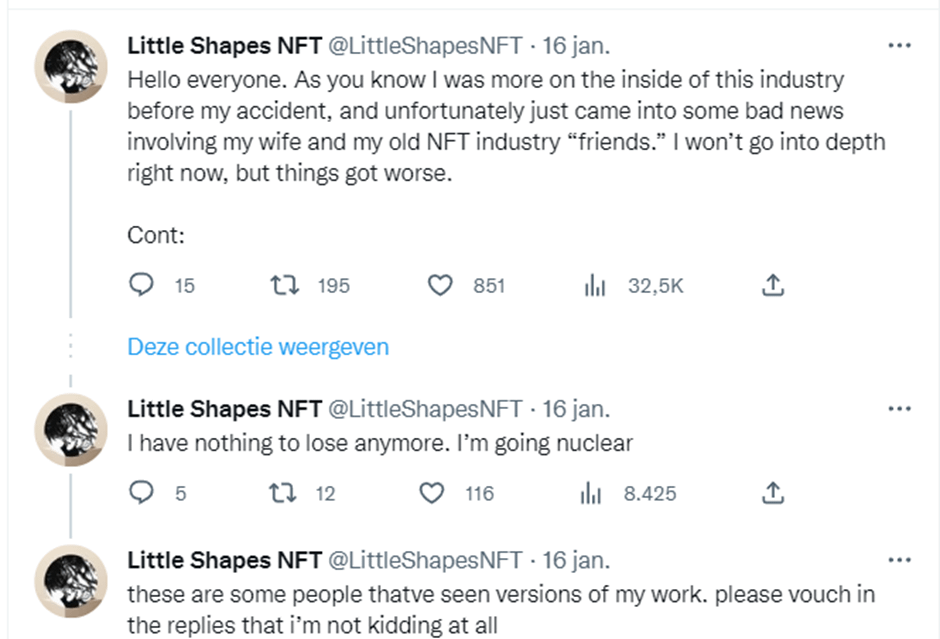 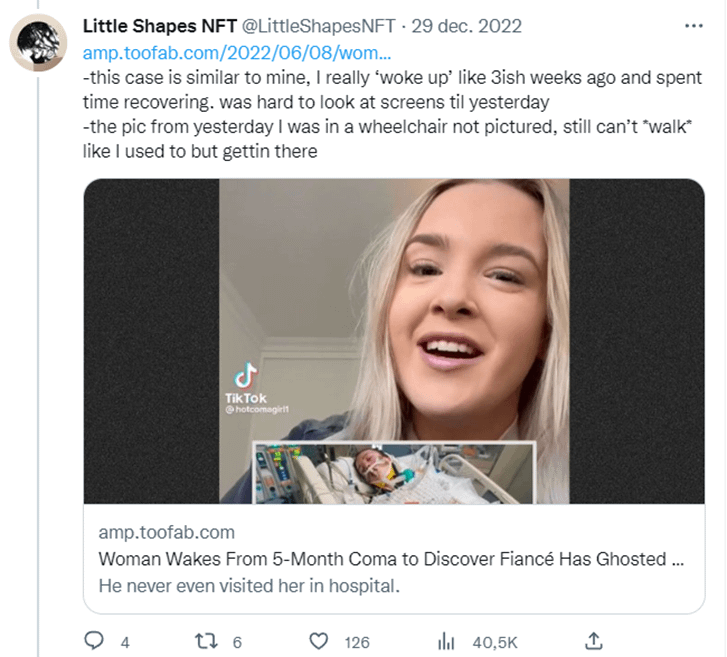 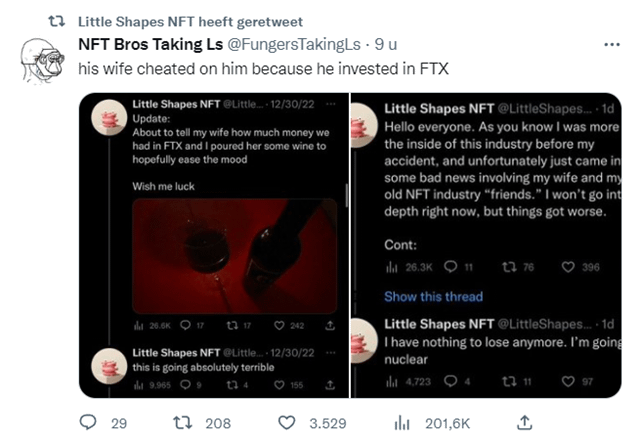 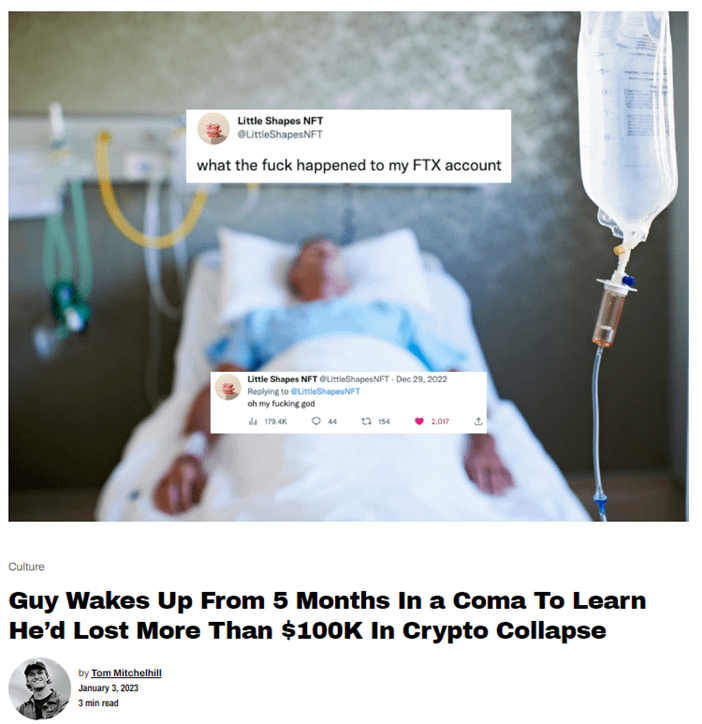 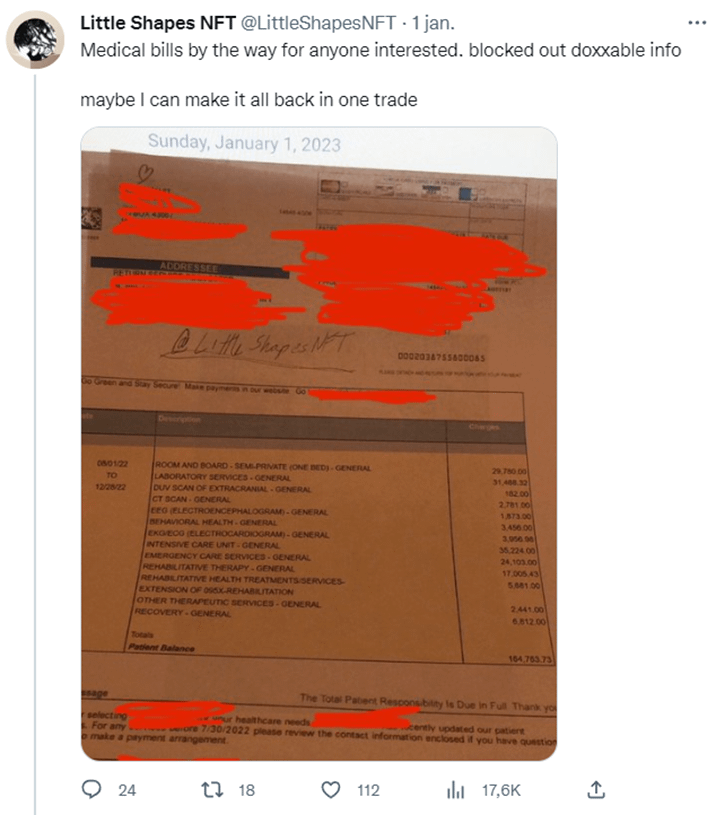