ONE/BTC has been on price discovery for the last week with the first of many targets being met. This was a multi year cup and handle target of 784 sats.

My immediate next expectations for ONE/BTC:

Do we have enough juice to break this? I think we do. The 4h RSI and Stoch have plenty of room while the MACD is teethering on flipping green. I think it actually did turn green for a bit but was stopped due to the US jobs market data. From what I've seen, triple confluence on these indicators is quite rare.

As previously covered, BTC dumping below 40k will spell trouble for ONE/BTC valuation which in turn will cause ONE/USD to also drop. I expect at least 40% correction re ONE/BTC so the instantaneous ONE/USD target would be around $0.18 with potential wicks to $0.10 ish levels depending on how aggressive the cascading liquidations get.

Standard retracements I would expect to $0.268. If this is broken I expect a deeper correction down to $0.217.

I personally can't see ONE dropping to those levels unless BTC dumps hard or some major mainnet problem like network outage (similar to solana). 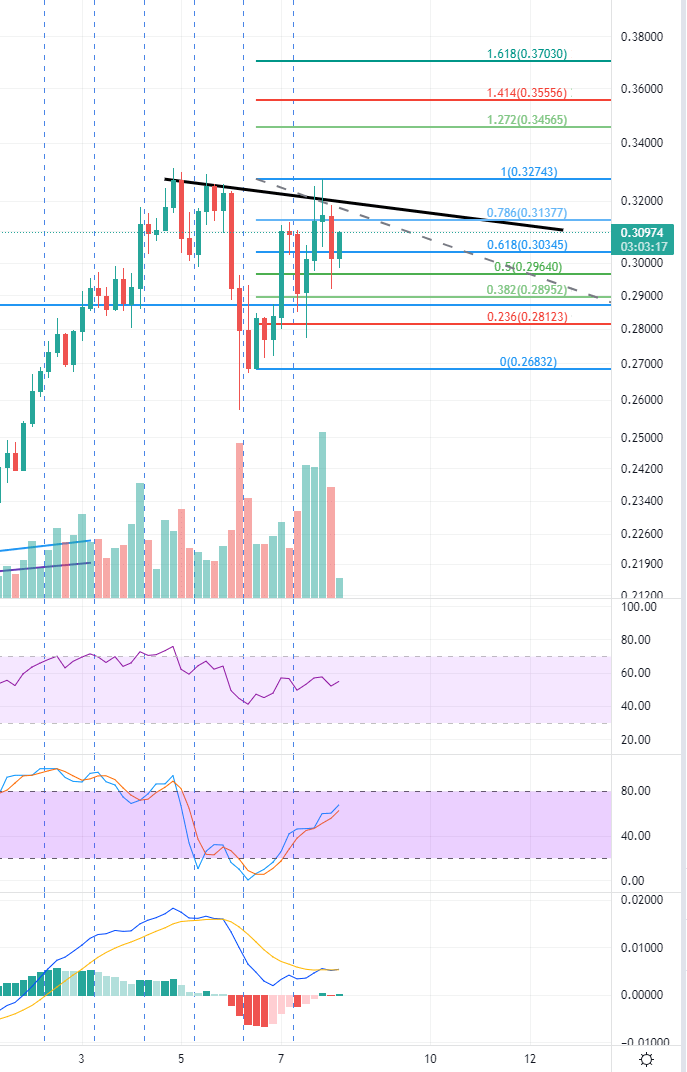 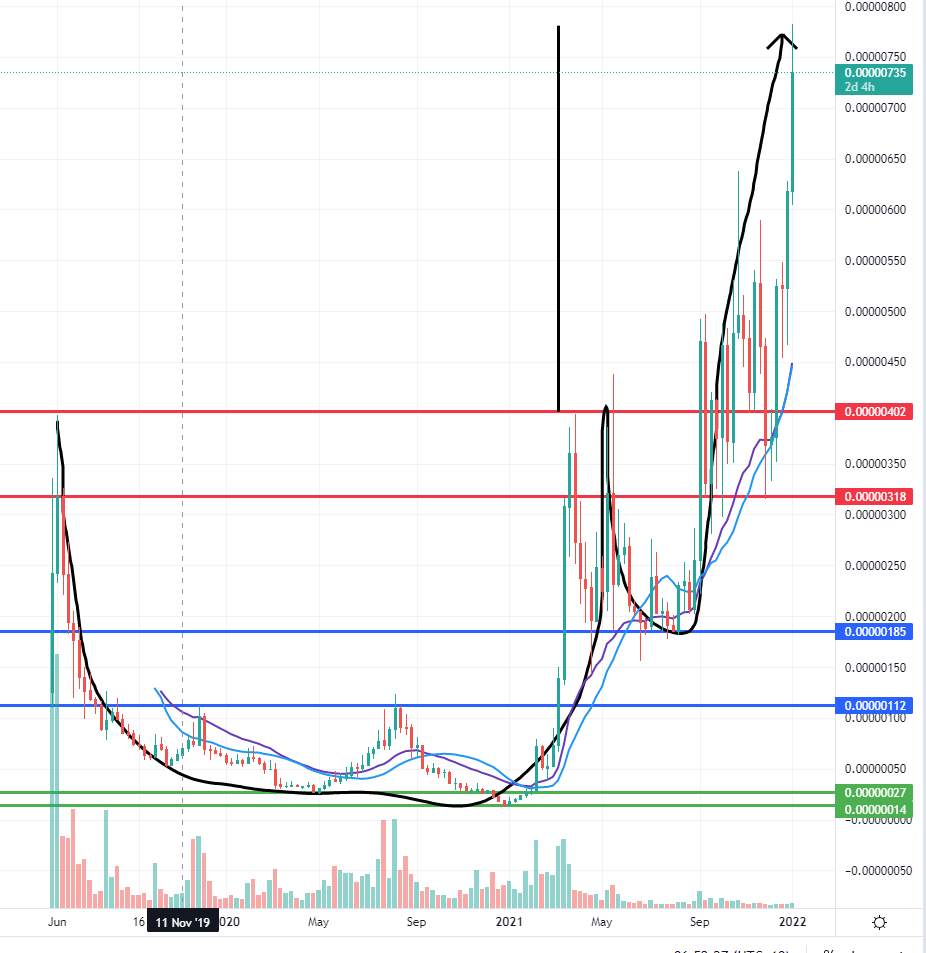