Bitcoin Cash is here because Bitcoin BTC was captured and refused to increase the blocksize.

We solved this in Bitcoin Cash by giving over the limits to the free market. We can in actual fact continue to grow the chain without the software devs giving permission. We today have the most free solution there is. Some suggest to limit it by adding some algorithmic growth, which inevitably will lead to capture again. Don't fall for that!

Lets walk through a simple scenario on how we can see Bitcoin Cash grow, using purely and only the rules that exist on the chain today. No extra stuff needed.

We have today a maximum blocksize which the miners manually set. This property is only used by miners or mining pools. This property is set by them to indicate the maximum size of the blocks they will produce.

We have today a blocksize-accept-limit. This is a technical property, meant to indicate the technical abilities of anyone parsing blocks in the Bitcoin Cash space.

The accept-limit does not need coordination to be changed, if 20% of the full nodes changes to 40MB tomorrow nothing bad will happen.

Go another year forwards and you might have a bunch of 32MB ones, some 40MB ones, some 64MB services. Lots of differences because those people running that software will have been tested for different limits.

Look 3 years in the future, the actual block size being mined is 10MB. The majority of services have software that by default supports 40MB. The miners want to protect themselves and soft-forked themselves to keep their accept-limits at 32MB.

Add another year, blocksizes are 20MB regularly. Some miners are mining 30MB blocks when the mempool gets really full. We still make sure that the transactions get included in the next block. Practically all of the ecosystem (exchanges, merchants, full nodes, fulcrum like indexers) are running with software marked to support 64MB blocks.

Miners may coordinate between themselves to remove the 32MB accept-limit. They are 100 full nodes in an ecosystem of 40000 full nodes. Price has risen to a level where mining a block for the lolz is not happening anymore. Any attacker is going to lose $100K per block trying to disrupt the network.

Its time, the miners decide its safe, they change their own blocksize-accept-limits. Some time later a random miner ends up mining a 33 MB block.
Everyone accepts it.

Want to understand the fine details on how this can work; there is a much more verbose CHIP here: https://codeberg.org/bitcoincash/CHIP-Block-Growth

More than Halfway through the BCH4GOOD Campaign Expires in a day 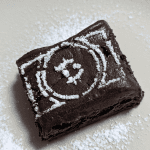 The best gift this season is freedom

9 thoughts on “Scaling in a free market, and avoiding re-capture.”